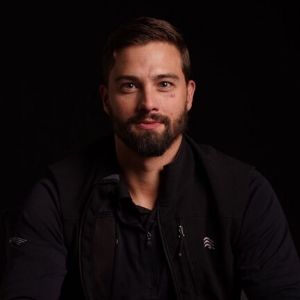 Why Your HVAC Company Should Offer Ductless HVAC Systems

The past few years have seen a rise in “mini-split systems,” ductless heating and cooling systems that act as fantastic alternatives to traditional HVAC technology. Although many industries—including HVAC manufacturing—took a hit during the COVID-19 pandemic, updated market reports still anticipate significant continued growth in the demand for ductless HVAC systems in the years to come.

END_OF_DOCUMENT_TOKEN_TO_BE_REPLACED

5 Tips for Winterizing Homes this Season

Cooler temperatures across the country mean seasonal maintenance on HVAC systems will soon hit an annual high. Before leaving any customers in the cold this winter, it’s important for technicians to offer winterization at each service appointment. Whether you’ll be checking heating and cooling vents for potential gaps or upselling customers on smart thermostats, these improvements can ensure each customer is toasty and warm this chilly season.

END_OF_DOCUMENT_TOKEN_TO_BE_REPLACED

In this episode of Trade Talk, Nick Ahrens talks with Mark Hatala from LG. They spend time chatting about the changes to the HVAC industry in 2020 and extended warranties.

END_OF_DOCUMENT_TOKEN_TO_BE_REPLACED

Though temperatures can rise and fall across the country, one thing remains constant: the temperature of the Earth beneath your feet. Right at this moment, the heat of the Earth burns hot. Deep beneath the surface, the temperature increases at an average rate of 1°F for every 70 feet in depth. Tectonic and volcanic regions are bringing pockets of higher temperatures even closer within reach.

END_OF_DOCUMENT_TOKEN_TO_BE_REPLACED

After its introduction in 1982, VRF (variable refrigerant flow) HVAC technology became popular in Japan through the 1980s. Also known as VRV (variant refrigerant volume), VRF promises greater efficiency and energy savings. VRF arrived in the U.S. in the early 2000s and initially experienced some skepticism from engineers, who largely saw it as an oversized ductless mini-split system. Since then, however, the technology has earned its share of followers in North America and beyond.

END_OF_DOCUMENT_TOKEN_TO_BE_REPLACED

Ductless vs. traditional HVAC systems: which one is the best?

END_OF_DOCUMENT_TOKEN_TO_BE_REPLACED

What Is the Cost to Acquire a New Residential HVAC Customer?

If you’ve been working in the HVAC industry for a while, you’ve probably heard that the cost to acquire a new residential customer is between $200 to $300. Where did that new customer acquisition cost come from? Contractors need to work with real numbers to plan for their business, not just something your buddy’s dad’s cousin mentioned to your sister’s husband.

To help business owners understand the actual cost to acquire a new customer, we commissioned a study to uncover the real costs that HVAC contractors face when attracting new residential business. In this post, we’ll share what we learned.